When hibernation begins to end

Sometime in late January, I noticed (as I undoubtedly always do, so much I miss it) that Vancouver’s relatively scant supply of daylight was spending just a few minutes more illuminating us. Now here I am in February, the tenth of it, and it’s *not* dark at 5pm! 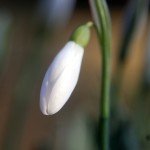 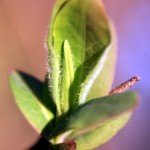 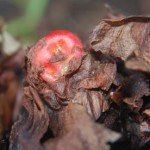 Though I witness it yearly, and have done so for the better part of a half-century, the pace of the transition of the seasons, winter to spring and fall to winter, always surprises me anew. Somehow, I have it fixed permanently in mind that the days lengthen and shorten by the same amount of time each day, throughout the year. 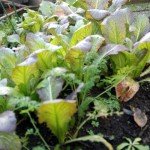 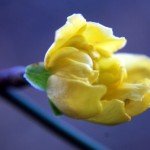 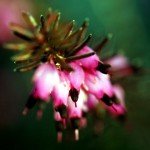 But it doesn’t work that way (here in the north). The days change rather slowly in summer and winter, but in spring, the days get longer at a much faster pace until things slow down again in late March. Don’t ask me how this works: it has something to do with latitudes and Earth’s axis tilt and the relative position of the Moon in Uranus, or something). The opposite, of course, happens in autumn. 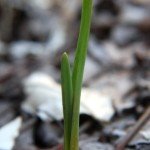 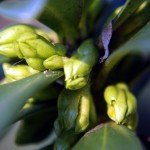 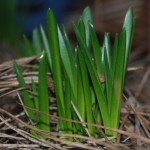 All I care is that my (natural) world is slowly/quickly coming back to life again as the plants and trees and bugs reanimate. I wonder: might I now safely remove the snow tires from my bicycle? They are kind of useful in frost too, but as they run at a lower pressure than my standard tires, they also slow me down, so I’m looking forward to going back to the summer slicks. 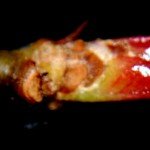 Macroscopic growth on the Japonica 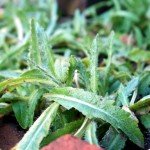 Little poppies, little hell flames,
Do you do no harm? 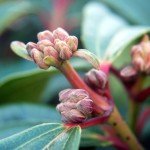 Most of Vancouver’s annual snowfall allotment – the quantity of which is hardly worth mentioning relative to what much of the rest of Canada receives (or the east coast got in the past week) – comes in December and January, but February has its share too, historically, and it can snow here as late as April. It might be premature to change tires just yet. 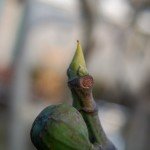 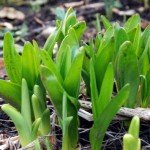 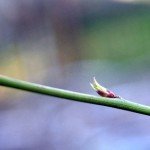 Broom? I’m not sure.

For now, though, I shall revel in the extra daylight, browse the seed catalogue, look forward to the gradual withdrawal of the remaining untrapped rodent life from my basement, and keep my blanket and sunblock at hand in anticipation of those long, luxurious summer evenings on Wreck Beach. 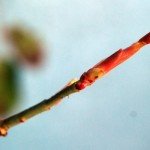 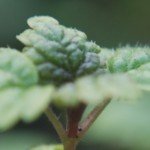 A pestilence of Lemon Balm