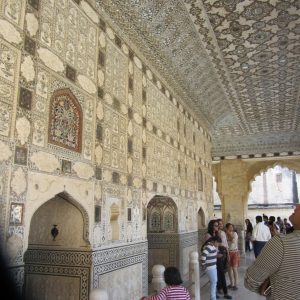 I wrote three blog posts about the first two cities I visited, and then there’s been nothing since, though I’ve careened through nineteen more cities and towns since I left Agra.

I could blame technology; internet hasn’t always been reliable, and the tablet – while useful for web surfing – is proving to be rather impractical for writing anything of any length, largely due to irritating incompatibilities with the bluetooth keyboard with which I’ve tried to pair it.

However, it’s a poor workman who blames his tools, they say. Especially when there are workarounds to those problems, like the 3G internet on my phone, or pairing the keyboard to the iPhone (which is how I’m writing this).

The reality is, I haven’t really known what to say. I’ve continued to write a lot of notes along the way, but (as I wrote to someone in an email recently) even though I have numerous ideas about possible subjects, I feel slightly crippled by fears of exhibiting and/or perpetuating a narrow, colonial, white-privilege-y perspective, if that makes any sense. I know that that is something that I probably can’t resolve without just doing it, and dealing with it, though.

In the meantime, the summary: 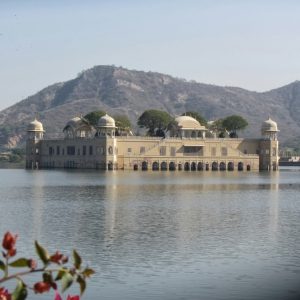 When I was planning my route and schedule through the north-western state of Rajasthan (the only part of my trip that I planned and arranged ahead of time, due to the Christmas high-season) I was afraid that I hadn’t provided enough time in Jaipur. In the end, though, I couldn’t wait to get out.

I don’t think there’s a particular reason for this, other than general irritation. In hindsight, I think I was still learning how to cope with the intensity of noise and touts, and Jaipur seemed even noisier than Delhi.

Nevertheless, I got around, thanks to an entrepreneurial rickshaw driver I hired for a day, since the things I wanted to see were not close together. I had to rather sternly prevent him from hauling me into shops that specialise in pashmina and traditional Indian crafts, such as fridge magnets, but it otherwise went well.

Shekhawati is a region within Rajasthan, north of Jaipur, comprised of a bunch of very small towns on the edge of the desert. This used to be – long before Bombay became the major westcoast trading port – a major caravan route between the inner subcontinent and what is now Pakistan.

Merchants who grew rich on the trade competed with each other to build large “painted” havelis – essentially mansions with fancy, intricate murals painted on all the walls and ceilings, most of which depict Hindu gods, though other more mundane subjects are represented as well.

I wanted to see some of the murals, but I figured that seeing those in one town would be sufficient. Most of Shekhawati is well off the beaten tourist track, but I chose an especially quiet location, without even knowing how, exactly, I’d get there on the local buses. In the end, I found an old train that still runs on a metre-gauge track (most modern trains run on 1.4 metre – or broader – tracks).

It was an unreserved train, which means that they sell as many tickets as there is demand for, regardless of the number of seats. Fortunately, this isn’t the most popular route in India, so I didn’t need to sit on the roof, though things did get a bit tight for part of the journey. My coach was pretty animated – one group that I could hear but not see launched in to a long chanting song that was kind of mesmerizing:

The town I chose, Mahansar, was a real little dustball of a town. The train station had no platform, I just hopped off the coach onto a dirt road beside which sat a small shack and a couple of the free-roaming mutts that are ubiquitous all over India. 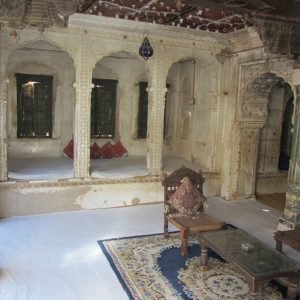 I stayed in a castle in Mahansar that is still occupied by the son of the last reigning Maharaja of the area before all the desert kingdoms were relinquished when India gained independence. Because things were quiet, he upgraded me to the fanciest room in the place, a cavernous suite full of nooks and crannies, including one room open to the sky.

It was a bit awkward, as I was the only guest, and since all meals were taken in the castle, I sat alone at the end a large table while the owner hovered in the wings and the servant – referred to as “the boy” though he may have been was pushing thirty – served my food. I felt like a more compassionate, if lonely, Henry VIII.

When it came time to move on, I returned to the train station and bought a ticket at the shack. The beaming young man wouldn’t sell me a ticket until I shook his hand (for about thirty seconds) and told him my name and where I was from.

After I finally got my ten rupee ticket, I walked around the corner to await the train, and the young man – Naseem – closed his (one and only) ticket window – leaving three other passengers to wait – and then went to the back of the shack and rummaged around in a storage closet. When he re-appeared he was holding an English lesson book from his school.

He stood beside me, paging through the book. Occasionally his finger would stop at a phrase and he would look at me and smile, and then turn the page. I tried to get him to say the phrases aloud, but he’d just shyly turn the page.

Finally, he settled on a word, summoned up his courage, and spoke it. “Beautiful”, he said, and blushed. Then he closed the book and went back to the closet. A little more rummaging, and then he reappeared with a gift: a small, carved wooden letter “B” with (as he pointed out through gesture) a hole though which I could insert a neckstring. Then he went back and re-opened his ticket window, and I caught the train to Churu.

My route around the state of Rajasthan was a circular anti-clockwise one, and after leaving Mahansar, I changed trains in Churu and continued on to Bik 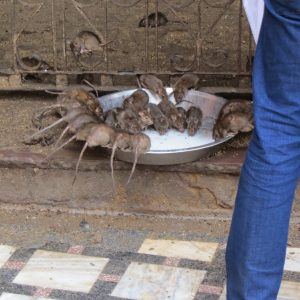 Bikaner may not be a prime destination among tourists, but it’s still pretty popular, though I struggle to share their enthusiasm. Perhaps they come for the camel trekking, which was of no interest to me, despite the fact that I took a room in a somewhat grungy guest house owned by Bikaner’s semi-famous “Camel Man”.

The town is dusty, noisy, not especially aesthetically pleasing, and well-staffed by pushy touts. The main attraction, after camels, is probably the fort, but now – a little over a month later – I couldn’t remember a single detail about that fort until I checked my notes. But maybe that’s more ‘fort overload’ than a criticism.

What I did like about Bikaner was the Karni Mata Temple, more popularly known among non-Hindus as the “Rat Temple”.

Karni Mata was an eccentric 15th century sage. The short version is that she dictated that a drowning victim (and all of his subsequent male descendants) be reincarnated as rats (read the Wikipedia page for more detail). Hence, rats are sacred in her temples. 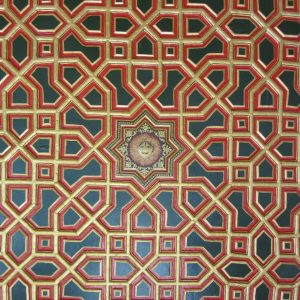 This temple has some 20,000 rats running free within it. Like most Hindu temples, visitors are required to enter without shoes, so I went padding around in it barefoot. This was a little unnerving at first, but I soon realised that the rats were less interested in chewing on my toes than they were in drinking from the giant dishes of milk and pans of grain that had been placed out for them. I managed to catch a glimpse of a rare white rat, which is supposed to be a good omen.

If you go: The temple is 30+ kilometres away in the small town of Deshnoke. Don’t take a 200 rupee return rickshaw at 7:00am in December unless you want to arrive with hypothermia and then spend 40 minutes walking around marble floors barefoot. A comparatively warm(ish) bus will get you there more quickly for five rupees (about nine cents).