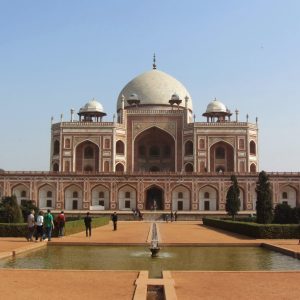 Typically when I travel, I write a lot. Sometimes I think that the only reason I travel at all is to locate myself in that other place that enables the unique kind of freedom of thought that being out of my usual element provides, and that is for me such a vital element of creation.

India is the otherest place to which I have so far travelled, and I suppose I expect that to translate into the writingest place. So far, the results are mixed.

It’s not that I’m not writing; I’ve filled over fifty pages of one of the notebooks that I brought along. When I look back over what I’ve written, however, I’m not sure what to make of it, both literally and figuratively – at least as far as converting handwritten text into blog-appropriate digital text goes. 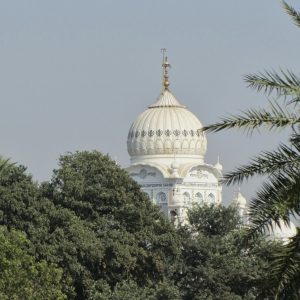 Part of the struggle is technological: rather than my laptop, I brought a Sony tablet (courtesy of Auntie Stella, who’s currently lounging on a beach in Phuket) and have paired it with an Apple bluetooth keyboard. The tablet works fine, but some minor incompatibilities between Linux and iOS – especially in WordPres – slow down my usual methods (random capitalisation and duplication of words is common, and attaching photos to blog posts is cumbersome, as is simply adding italics).

Add to that an attention span that – while never outstanding – is particularly troubled in noisy environments, and that means almost everywhere in India (that I’ve so far seen) is a challenge.

Anyway, in lieu of more lengthy excuses, here are some brief snapshots. If all goes well, I’ll get caught up a bit the next few days while I’m here in Jodhpur:

I walked past the KFC outlet in Connaught Place and looked disdainfully upon the LL Bean model walking out the front door manipulating a toothpick. Then I went into the nearby Starbuck’s. Hypocrite? Absolutely. I wanted a strong, hot cup of tea, but but there was clearly more to my choice than that. 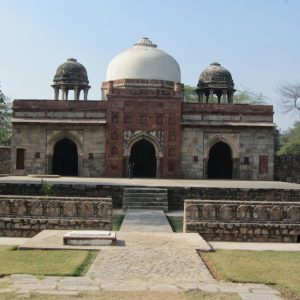 The walk from Paharganj to Connaught Place is only about a kilometre, but the walk is along Qutub Road (still signed in odd places as Chelmsford Road), and one must endure the section that passes immediately in front of New Delhi Railway Station, a congested stretch of cacophanous horns and annoying touts. Once that is passed there’s a short stretch of relative quiet before Connaught’s outer circle is reached. Here one must ford a wide, seemingly endless stream of tuk-tuks, cars, buses, lorries, bicycles, and cows. There is a light, but it seems only to turn red every ten minutes or so, and no one stops for it unless pedstrians step off the curb and make them. Thus, most people skip the light and just venture forth.

Anyway, the apparently lost point here is that in my first couple of days, when I was felt overwhelmed by the the intensity of the hubbub, it was the familiar calm of Starbuck’s that I sought out: the predictable decor, the Tazo, the Tall or Grande, the blueberry muffin that tasted just faintly of cardamom (it was an improvement), and especially that once I was inside, the thick glass doors, the coffee ambience, and the faint jazz-y music filtered out the noise, and for a few minutes I could have been in any Starbuck’s in the world.

Not that I want to be. The last thing I care to be is a tourist who spends all his time in western-style malls eating familiar junk food. Fortunately, with minor graduation, my desire for the familar waned quickly.