With a characteristically unproductive lack of obsession that he optimistically tries to pass off as a thoughtful rejection of Protestant self-sacrifice but may, in fact, be a short attention span, Hedley Bontano writes during the free moments when he isn't trying to earn a living through various forms of Chamber of Commerce-approved prostitution.

Hedley divides his time between Canada (Vancouver and Calgary) and Costa Rica. 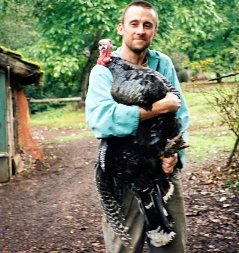 A Boy and his Turkey
Tweets by bontano