While travelling in the eastern US and Canada this summer, I only had my point-and-shoot, and no mini-USB to transfer the images to my laptop. In Asia, I had the DSLR, but no laptop. Thus, I was unable to post any photos. Now that I am back in Vancouver, here are a few to catch up. Click thumbnails for larger image.

In Concord, Massachusetts, I went to see what Thoreau saw. The bath house is, of course, a new addition at Walden Pond: 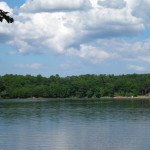 Also in Concord, Thoreau’s grave. There’s a larger family stone with all the full names and dates, and this small marker on HDs actual pile: 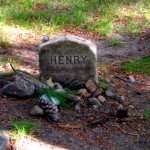 The good burghers of Concord apparently saw fit to memorialise the road they paved over the weir of the indigenous fishers they vanquished, if not the fishers themselves: 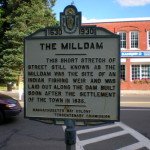 On to the commune. Here’s the view of the middle pond, from the lodge house. If you squint you can see white-tailed deer in the water: 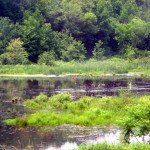 The lodge itself, centre. To the right is the temple; to the left, the guest house: 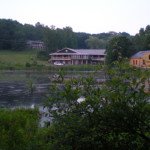 The desk in my cabin. It faced south, toward the pond and was very bright. I didn’t do a lot of writing in it, since there was no power, but it was a great place to wake up: 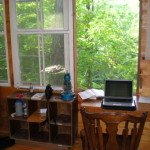 A side trip to Vermont: 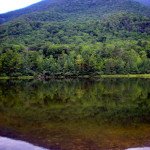 One of the great things about the commune is the casual dress code. Here I am doing dishes: 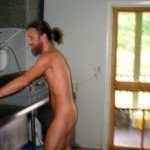 By the time I got to New York City at the end of July, I was getting a little grizzly, though I fit right in while watching HAIR in Central Park the night before. This was taken on the Hudson, with Jersey in the background: 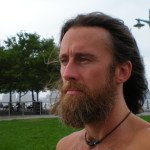 Singapore was the first stop. This image appears on a map of Fort Canning Park, a lush historical site downtown. Chewing gum may be forbidden in Singapore, but apparently public sodomy is just fine: 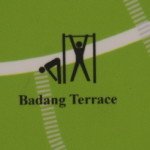 The next stop was Ko Samui in Thailand, an island in the Gulf of Thailand. This photo is at Big Buddha Beach, where we stayed. The clouds look threatening, but it was actually sunny most of the time: 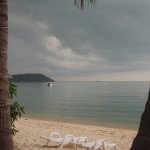 Here’s Larissa at Zazen, our favourite restaurant in Samui. Or at least, our favourite rich, white tourist restaurant. Food was good, but I especially liked the little cubbyholes built into the wall outside, looking onto the beach. Nice and quiet: 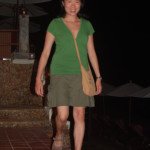 Here’s a restaurant we didn’t try, the Mr. Poo Barbecue (a rather unfortunate transliteration of Mr. Phu): 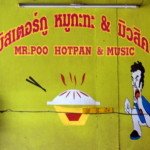 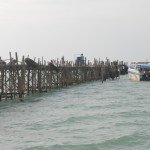 The beach was very nice, and great for swimming, but an unfortunate amount of trash marred it in areas, such as this Fanta can, which had become an intertidal condo: 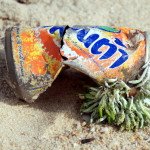 I have yet to identify this somewhat common bird. This one was seen in Angthong Marine Park: 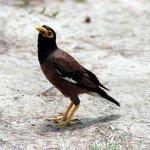 Angthong Marine Park is an archipelago at which we hiked, kayaked and snorkeled. Here are some of the many small islands: 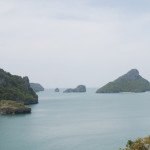 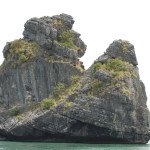 Next stop was Bangkok, but just for one night. Our room at the Shanghai Inn looked a bit like the Hollywood version of a Chinese bordello. Despite being in the middle of a human and automotive jungle, it was remarkably quiet. 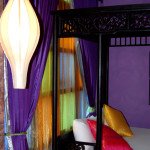 Bangkok is astoundingly crowded and noisy (at least, compared to Singapore), but I loved it, even if I did have to duck into a cafe occasionally to desensitize: 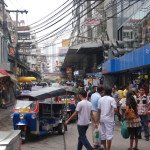 A sample of the electrical work: 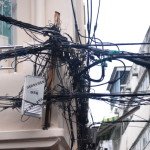 Not all streets were a maddening crush. This passage in Chinatown was comparatively sedate, and check out those paving stones: 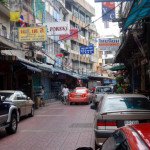 On the way home I stopped in Korea to see my cousin, Jennie for a few days. She toured me all over Seoul, despite being six months pregnant, and her husband Kevin filled me with meat and Soju. By the time I left, Jennie and I had similar waistlines: 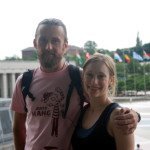 Those Koreans love their signs. Most of the urban areas I saw were built very densely, with lots of apartment buildings instead of sprawling suburbs, and at night they glow with neon and other lighting: 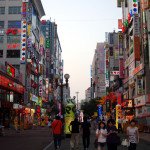 I’d say more, but I’m jetlagged. Off to bed.